Five signs retail apps will be mainstream for SMBs in 2017

Smartphones are the Swiss army knives of this day and age.

People keep their phones within reach 24/7 and this has a huge impact on shopping behaviour. Browsing, buying, and payment patterns are changing rapidly.

Retailers simply must “adapt or die” now that most traffic to online stores comes from mobile and mobile purchases are starting to overtake desktop in more and more countries.

Now that (native) Retail Apps are affordable for SMBs through SaaS technology, shopping Apps are sure to become mainstream in 2017.

Just look at these 5 telltale signs.

To become and remain a successful retailer, you will have to listen to your customers’ wishes and requirements. Contemporary customers simply prefer retail Apps. Research has shown that 90 per cent of mobile use takes place within Apps and only 10 per cent via web browsers. Just think of everything you use an App for on your phone. That’s why App use keeps growing, while browser use keeps diminishing.

Research has also taught us that consumers prefer retail Apps specifically because of convenience, speed, a personalised experience, and a smoother checkout. Mobile Apps are creating a transformation in retail, more than in any other industry. The use of shopping Apps increased by a whopping 174 per cent in 2014, which was the highest of all categories within mobile App use. Statistics show that, with no less than 17.5 sessions per month, ecommerce and retail apps were used most in 2015. With these clear signs of rapid development, no retailer can stay behind.

Consumers prefer mobile retail Apps to mobile websites because their shopping experience is made better and more personalised. A shopping App is a perfect vehicle to enhance the customer experience, as it is an addition to the retailer’s brand, and it offers unique features that aren’t possible in any other medium. For example, the possibility of sending push notifications, offering one-click checkout, offering stored user information to provide an interruption-proof and smooth shopping experience, and deleting any irrelevant content to keep the shopping experience simple.

That being said, it doesn’t mean that any App will do. Your customers will simply forget about your App if you don’t offer the right experience the first time they use it. Research shows that 79 per cent of people would use an App once or twice if it didn’t work the first time, only 16 per cent of people will give it three attempts or more. When developing an App, customer experience should be a primary consideration.

Native Apps – meaning that the App is written specifically for a mobile operating system like iOS or Android – offer a far superior experience. It will follow the existing technical and user guidelines of the operating system, making it more intuitive, faster, and much easier for customers. Additionally, there are several other advantages of native Apps that you can read here. This makes it clear that retailers should keep in mind that the user experience very much depends on the type of App you choose.

3. Mobile Apps are the best performing channel in ecommerce

Another reason why retail Apps will become big for SMBs (and maybe even the most important one): Apps are the best performing channel within retail. Mobile Apps lead to more customer loyalty and conversion than mobile sites or desktop. This is due to the appreciated user experience and functionalities such as push notifications but also thanks to constant branding of the App icon. Criteo research shows us that mobile Apps create two times the new user retention. With a mobile App, a user is twice as likely to return within 30 days. On top of that, Apps result in 3x more conversion than mobile sites and 1,5 times more conversions than desktop.

If we look at leading mobile retailers, we see that they get a much higher conversion from Apps retailers that are less mature in App marketing. This has been partly due to their ability to invest heavily in this development but now that ecommerce Apps are widely available for SMBs too, the results will only increase in the coming years. Once the customer has been convinced to download the App, using it should come easily with a good user experience and relevant push notifications.

4. Google wants you to invest in an App

Search Engine Land, the number 1 online marketing site, says: “SEOs who are not paying attention to Apps are missing a large part of the mobile SEO picture. Even if your company does not have an App, recent changes to Google mobile results allow apps to compete with your website for the same rankings. In many cases, App results are winning.” According to this article, there have been significant changes to the way Google ranks entire Apps, often directly at the top of the search results. As a retailer you can keep on optimising your webstore on small things that will influence SEO, but smart retailers go for huge impact like launching their own App.

“SEOs who are not paying attention to Apps are missing a large part of the mobile SEO picture.”

How to boost your ecommerce sales with push notifications

If the question in 2016 was: “Do I need a Mobile App?”, the question for 2017 is: “Which App do I need?” In the U.S., two out of three SMBs are considering launching an App and Europe is quick to follow. As customers are becoming more demanding of a good user experience, simply because it is possible, mobile Apps will become even more mainstream

Whereas ecommerce giants like Amazon are already enormously successful with their own native Apps, smaller retailers still saw a financial and technical hurdle.

But with SaaS technology, such as JMango360 uses, a native ecommerce App is now affordable and attainable for any retailer. Normally, a custom-made native App would have cost anywhere between $25.000 and $50.000, multiplied by the amount of platforms. Based on Saas technology, retailers can now build an iOS & Android App without any set-up costs or coding skills being needed, just paying a small monthly subscription fee.

Due to the plugin that’s being installed in the backend of the webstore, the App is communicating in real-time with all the product, pricing, payment & shipping methods in the existing webstore’s backend, making it very easy for SMBs with small teams to keep this channel up to date.

Now that customers are demanding Apps — due to the far superior user experiences, Apps being the best performing revenue channel in retail, and SMBs no longer having any resource hurdles to overcome — native shopping Apps will definitely become mainstream this year.

Eelco van Wijk, CCO JMango360, and I wrote this article for ITProPortal

Launch your app with JMango360 and get support

At JMango360 your mobile success is our responsibility. In just 4 weeks time, we’ll design and launch a PWA or native app that reflects your brand and puts your customers first. But adding an app as extra revenue channel is not a ‘launch and they will find me’ project. That’s why we continue where others stop. Our app marketing support team will make your app results their priority. With best practices, templates, full support of experts and monthly app marketing calls you’ll be maximizing your app results in no time!

Plan a strategy call to discuss your goals and needs. 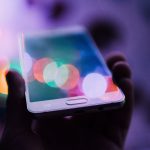 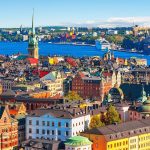 Why Sweden rocks in eCommerceMobile commerce
This site uses cookies: Find out more.